Welcome to the home of the CanVision Party of eCanada!

Poll
Top posters
Who is online?
In total there is 1 user online :: 0 Registered, 0 Hidden and 1 Guest

Lets get the comeback 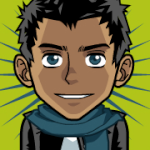 Artorius Perim
5th King of eCanada & Emperor of BC

I hope you lose, no offense.

Artorius Perim
5th King of eCanada & Emperor of BC

4-1 atm looking bad for the devils.

6-1 not expecting that. Not that I watched it or was interested in the finals.

I was wondering who here supports what team??

Art supports Canucks
Ardy (maybe) supports le Canadiens (although I may be mistaken here)
Me I jump around every season. This season it was Philly.

Of course I continue to support previous teams that I supported in previous years. Except for the Leafs

I know they do that's why I don't support them they're a joke.

of course my neighbours are in love with the leafs, (they have autographs of half the minor team, and one of a first team player).